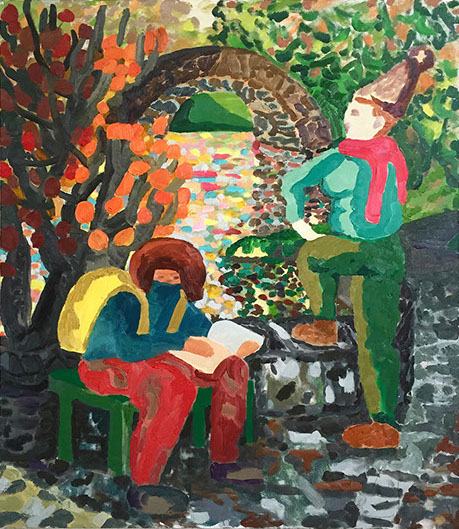 Collings comments: "I like making choices and limiting. As much as you’d want to put in, eliminating 80% of that makes it much more interesting... In one of Philip Guston’s lectures at the Studio School he was saying that he would take a year or so off from painting every now and then and only draw during that time. He wanted the immediacy of drawing to come out in his paintings. Or he wanted his paintings to come out immediately the way his drawing did, like an extension of his body. I like that force and activity that happens when you‘re drawing, you have to improvise. So, I think I’m probably bringing that to my work right now, it’s taught me something and I’m trying it out." 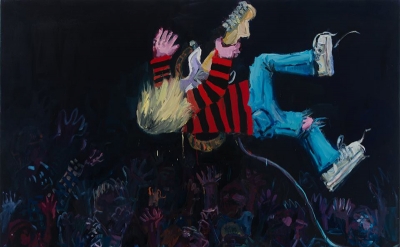