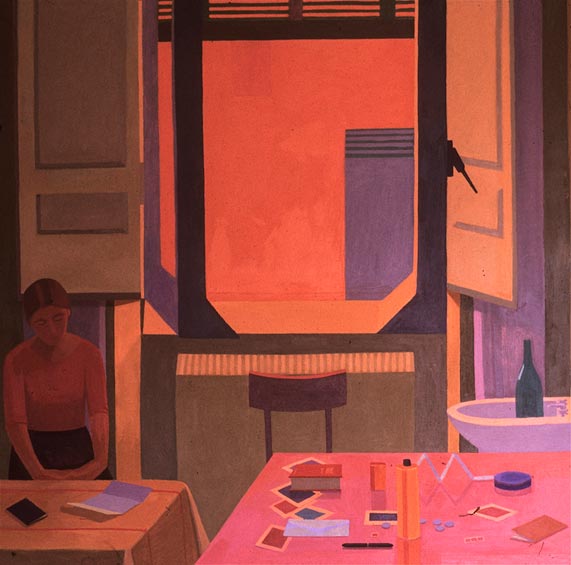 Canier comments: "I have always gone back and forth between painting from life and painting from my imagination. I’ve made figure compositions that were very ambitious and difficult, trying to invent everything from scratch and then I have also always made these little collages. All of these different ways of working fed on each other in ways that I didn’t even understand at the time... I have a lot of ideas about people, things I want to say about people, the places where they live and the way they relate to each other in those places. I am also moved by the way in which people relate to the past and their memories. Memories inhabit places as well and imbue them with meaning, both personal and collective. I don’t feel like I can do justice to this idea without the working representationally... The formal qualities of images communicate ideas, which is where painting has its real power. When a literal idea is imbedded in the formal visual language of a painting, that’s what really interests me. If the literal stuff is all you’re thinking about and the formal is left by the wayside, then it becomes sentimental or cheap." 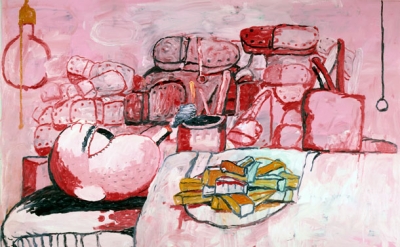