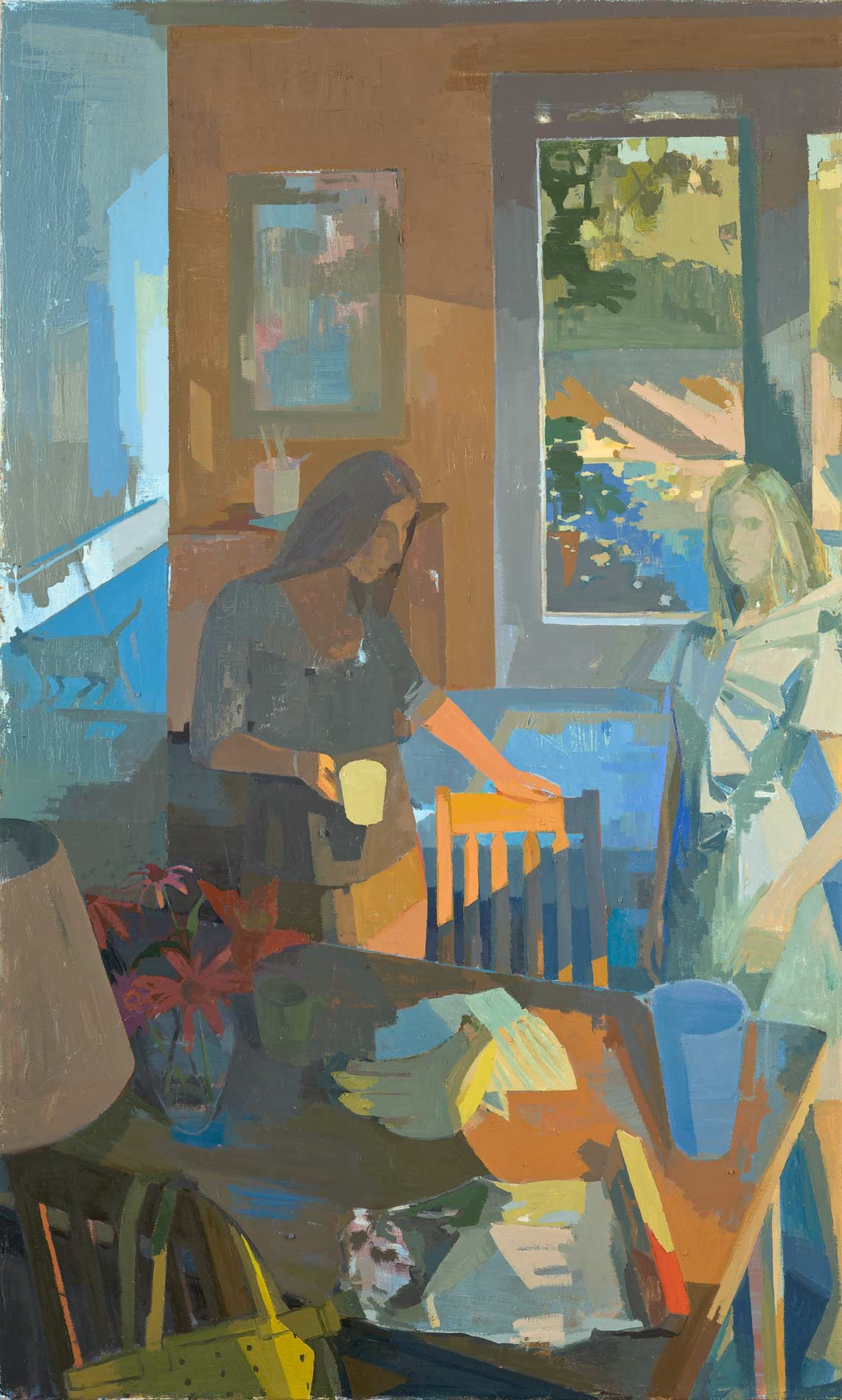 Lichtman remarks: "I am ... influenced by cinematography–the way we experience places in films; scanning and focusing over a duration of time. I want to make paintings that are more like cinematographic passages than like still photographs, where the eye can move around and apprehend things slowly... I resist the temptation to plan out a composition before hand or to work from a study. Instead I start by painting something small and specific from direct observation, (a vase of flowers or a leg or the shape of a head) somewhere within the rectangle. From there I begin to imagine what might be to the right, left, above and below that thing: another object, a piece of light on the floor, the dog. It’s as if I was zooming out from a close-up of particular form, slowly revealing what might be in the periphery vision. I can only do this with places I know very well, where I know how light falls and how figures interact with things. But the process is totally arbitrary–if I feel like want a piece of yellow, then I put in a daffodil or a lemon, or a yellow dress I saw in a magazine. Eventually I get enough things down to claim where the depicted image takes place and what is going on... I want the painting to be about the act of looking so I try to start with a focal point of something I’m seeing. Even if I’m working from memory I’m trying to imitate that process of perception where your eyes focus on one thing and then dart around to another object and then meander to focus on something else." 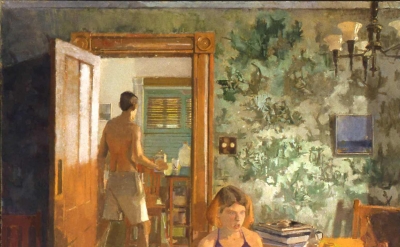