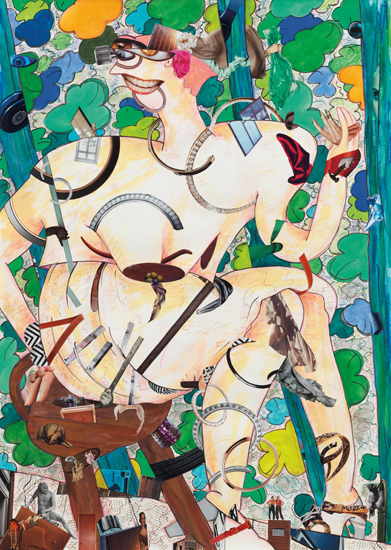 Nilsson comments: "Sometimes my people [in the works] know exactly what’s going on, and other times they’re just going along and suddenly they realize that there are little corner pockets that have some awfully strange stuff going on. When I’m playing with collage, I’m thinking about contrast and juxtaposing odd things. And because of the size of these particular pieces, I was able to find some bigger figures in my history books that I could cut up and play with. I might have a Greek sculpture sitting next to a Renoir figure or something like that. And it’s great when I can find a little bit that has the appropriate glance, look, direction. I love that. So I’m interested in building relationships between contrasting images and making it work visually. I start out with the big figures, and then I boil it down to smaller and smaller figures—tiny people who are doing silly stuff. It’s about getting the larger figures in place so that I can unleash these tiny people who are risqué and haughty." 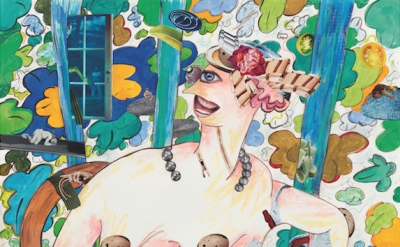 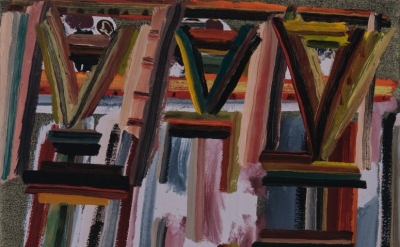