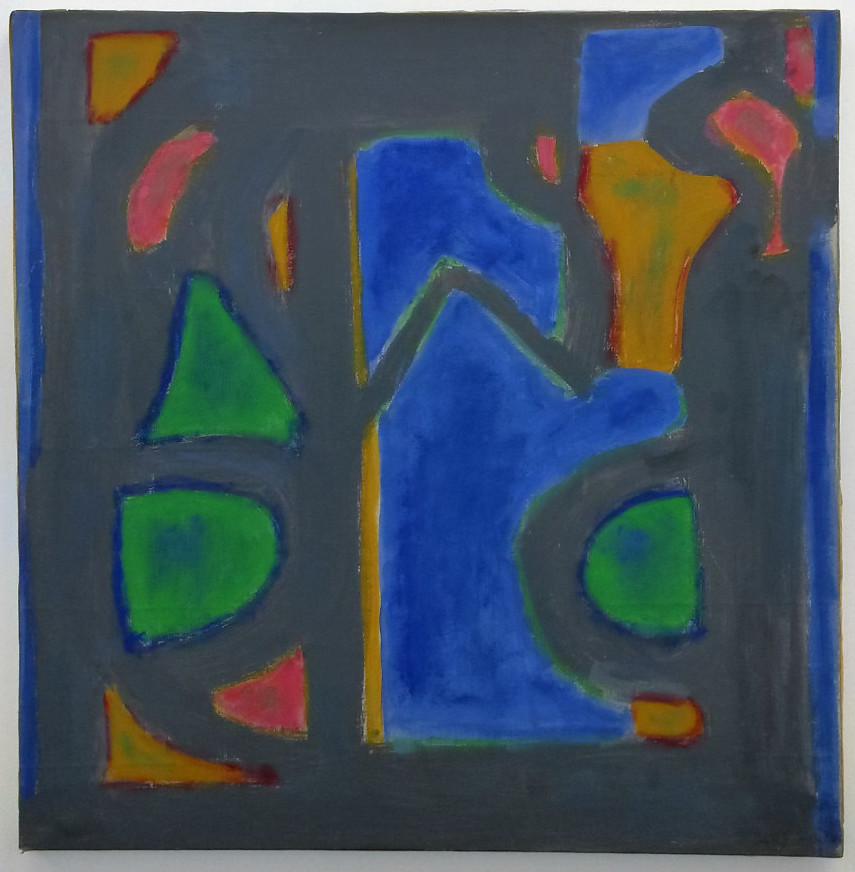 Parkinson writes: "In her paintings Parsons borrows more from her AbEx contemporaries, but without the all-important scale, Clyfford Still in miniature, almost. Parsons also looks back to earlier European modernist works, those of Paul Klee for example, not only in the modest sized of her canvases but also in their whimsical lack of certainty. In Forms 1, irregular, roughly geometric forms in four loose columns situate themselves on a grey ground, which looks as though it may be comprised of many layers of other colours in order to arrive at the richness of the final colour... Here, Parsons does not take some real world starting point and abstract from it in the process of representation, rather she invents by pushing the paint about on the canvas until forms suggest themselves. And the suggestions remain just that, never quite becoming precise things, always ambiguous, hovering between definition and doubt."