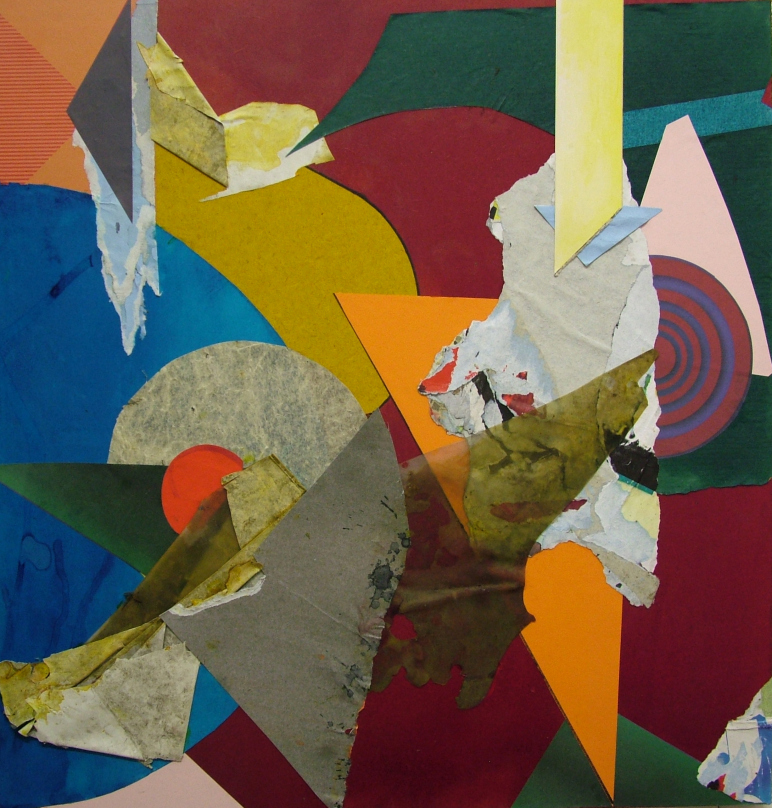 Parkinson observes that the fact that Bunker's works are, "made from, 'torn posters, shattered CDs, abandoned chicken-shop boxes,' combined with the painterliness of the gestural flourishes, even in collage there are plenty of those, all adds to their materiality. Nevertheless, I can’t help but think of them as paintings, the construction method of which is collage, rather than collages made with painted elements." In Bunker’s Falling Fugue, Parkinson continues, "the figures (torn and cut shapes and gestural painterly marks), seem to occupy a fairly narrow cubist space, blues often being interpreted (by me at any rate) as sky, which sometimes opens up into a much deeper space than I was first perceiving." 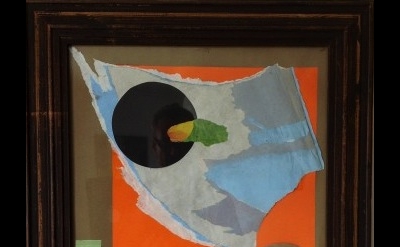