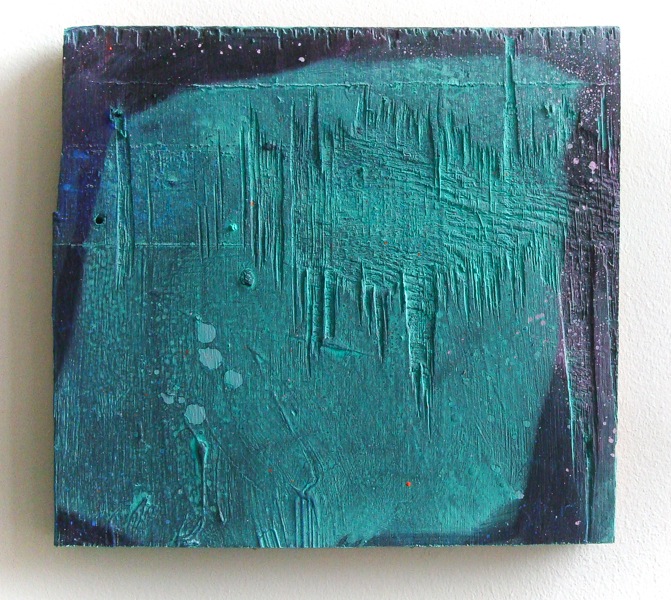 Andy Parkinson blogs about works by artist Lisa Denyer whose exhibition Geode was recently on view at South Square gallery.

Parkinson writes: "Often quite ‘formless’, especially compared to her earlier geometric paintings, Denyer’s recent paintings are like gaseous non-substances, diaphanous veils, pure illusion, immaterial yet at the same time exulting in materiality. The contradiction puts me in mind of Clement Greenberg and Michael Fried’s enthusiasm for 'flatness and its delineation' being simultaneously an insistence on 'opticality', prompting the distinction between, and the ‘holding in tension’ of, image and object. I find this tension in Denyer’s paintings, which is not to suggest that she is committed to the Greenbergian position that was so influential for abstract painters in the latter half of the twentieth century. In fact, working against the visual modality, or opticality, is a clear interest in surface texture, which provokes at least an imagined crossover from visual to kinaesthetic perception. So when she’s working on found plywood, it’s the rough-and-readiness of the surface that is enhanced by the application of thin layers of liquid paint that adheres to the crevices amplifying the texture." 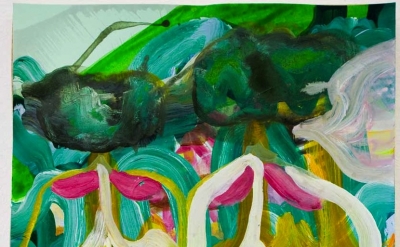 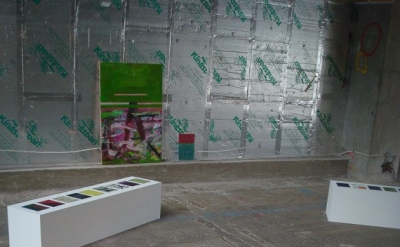