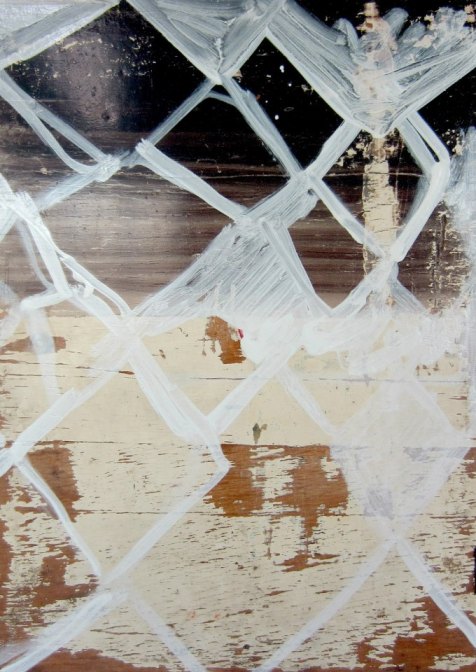 Parkinson writes that Bielik's "Spy looks like the support could once have been the lid of an old school desk, the hinges are still attached and the ground might be the distressed varnish upon which I imagine that Bielik has painted his main motif, a series of lozenge shapes in a net formation. I have the sense that I am looking through it to the picture plane and also looking through it to memories of lifting my school desk to create cover for an illicit conversation with a friend. Meditating on paintings can elicit this kind of age regression, bringing to mind memories and associations that may have been long forgotten, and in this evocation of youth, amongst these new abstract paintings (all less than than three years old and most of them made in 2013) I get the impression that abstraction could still be in its infancy, as if Bielik’s Curtains that cleverly close the show also, at the same time suggest future openings." 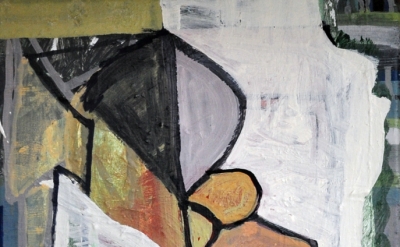 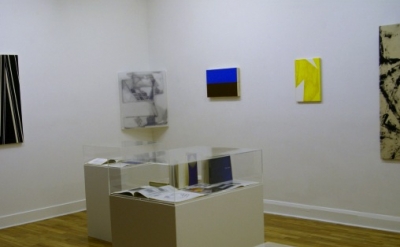