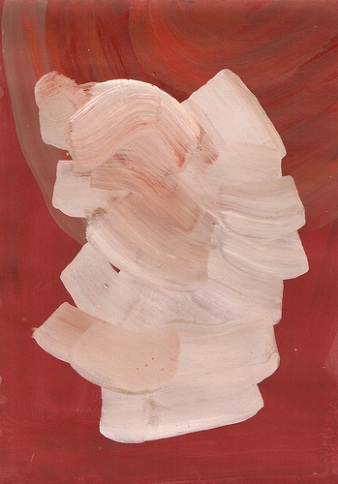 Andy Parkinson blogs about the paintings of Rachael Macarthur on view in the group exhibition Meditations at Pluspace, Coventry, on view through July 7, 2013.

Parkinson writes that Macarthur's paintings "could be experiments in form, the drawing looking like it came from the inside out, as if the shapes evolved from within the painting process rather than being imposed from the outside by the artist’s hand. Tabula Rasa, looks like a red/terracotta ground was laid down first and then an image was allowed to generate itself almost unconsciously by applying brushstrokes, lighter in tone than the ground and in impasto, towards the centre of the paper, resulting in an abstract portrait... The painting is audaciously simple, yet any more work on it would be too much, it would become something else, and the purity of the image would be lost. Similarly, to transcribe it into paint on canvas or into a larger scale would be to lose the spontaneity and directness that seems to come so easily in this format." 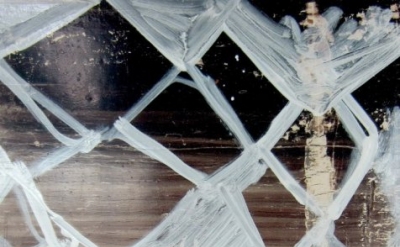