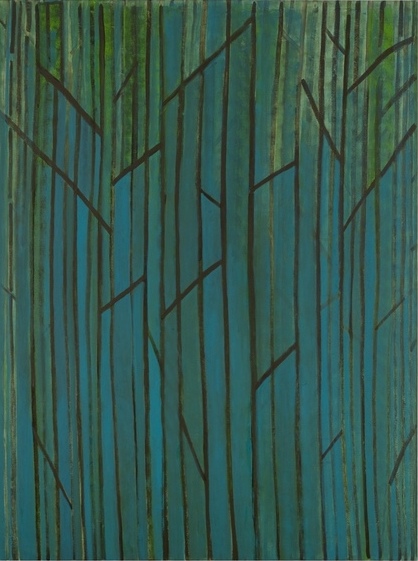 Butler comments: "I used to be very interested in combining dissimilar art historical reference points, into singular paintings. It was definitely important for me to use a simple/modern subject matter, the landscape, as a context for what was essentially a post-modern strategy. The landscape format made what could have been a heavy-handed idea more bearable to me. Mondrian was a part of this historical discussion that was happening in my paintings. The singular tree framework/motif functioned like a time machine for me. I often thought to myself, "Imagine if Mondrian had never stopped painting trees, and was then influenced by the many abstract painting languages which came later (that Mondrian, himself, had actually influenced)". This non-linear, and slightly absurdist idea, was incredibly helpful in pushing my project forward. The often-discussed idea of abstraction and figuration, and the blurring of the two, I've always thought, is a rather natural and unavoidable effect of putting paint on canvas. However, it does, usually, make a painting more compelling to look at, for a longer amount of time." 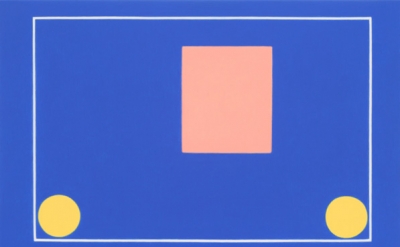