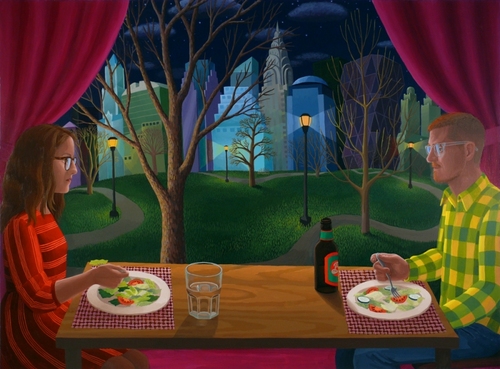 Thoughts on connections between the paintings of Amy Lincoln and works by Henri Rousseau:

"There are some striking formal parallels between [Lincoln's] and Rousseau’s work. The luscious plants bursting with color (Lincoln’s more so) and elegantly oscillating between flatness and roundness... Every single leaf that we see in 'Spring Trees with Rain' has been modeled and shaped to stand out on its own, ripe with volume and heightened plasticity. Her surfaces are covered in individual marks that assume various objects: blades of grass, leafs, rain drops. Maybe I should take back what I said in the beginning when I called her work 'reductive.' In Lincoln’s and to the same degree in Rousseau’s paintings, it is not so much a reduction of the visible world that fascinates me; it is its compression into a more comprehensible form. In other words: when thin layers of paint finally thicken into the objects they describe." 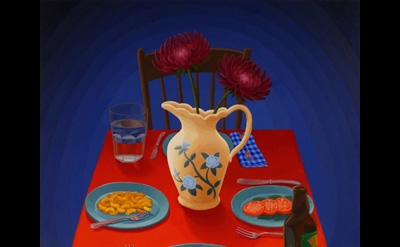 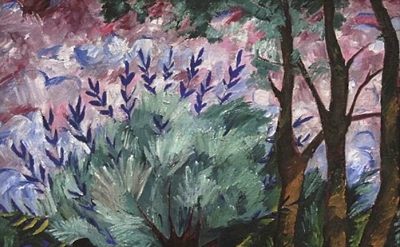