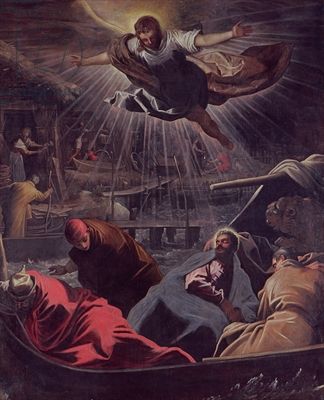 Viktor Witkowski considers the evocation of place in paintings by Tintoretto.

Witkwoski writes: "Venetian painting is often discussed with respect to the use of color which set it apart from other regions in Italy and Northern Europe at that time. But in case of Tintoretto the natural phenomena of the lagoon, the changing conditions of sun light, and the movement and distortions of the surrounding waters, play a more prominent role than in the works by Veronese, Titian and other Venetian painters. Tintoretto fuses optical effects which seem to be based on his observations with otherworldly circumstances: a low sun that sends its rays through thick grey clouds onto the surface of rough waters suddenly gives way to divine intervention. The scene in The Dream of St. Mark is washed in a light that functions like a veil of solid air. This veil of light separates the profane (background) from the annunciation and illuminates only what needs to be seen and understood." 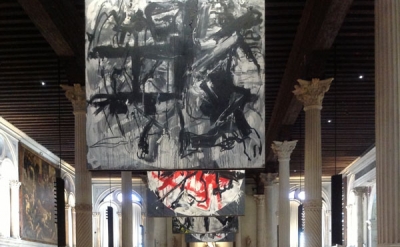 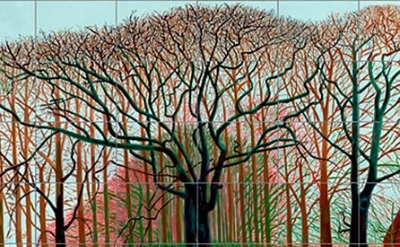