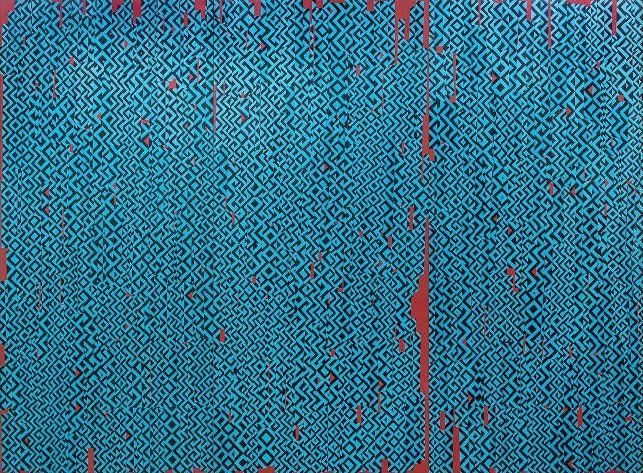 Noga writes: "Prolific and compelling, Beattie’s approach in sourcing easily-available materials pays dividends in these geometric dissolutions. The anti-digital aesthetic is combined with shimmering movement. The mechanics of the picture-making, and the way he manipulates the space, are reminiscent of the Cubists’ approach, in creating a new materialization in 1909-10. The momentum in a work like Untitled (2015) instantly reminds me of Braque’s herringbone shading in his evocative still life interiors. Beattie parallels that illusionist rhythm, creating complex effects in space, handling the individual sections and mismatches with a speed and differentiation of surface. The ‘papier colle’ technique Incorporated into the surface has an emphasis on materiality, its cinematic superstructure creating a destabilising environment." 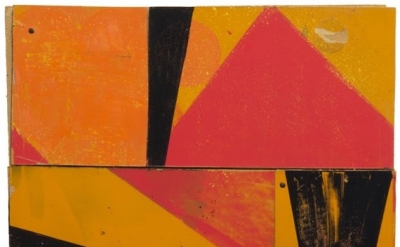 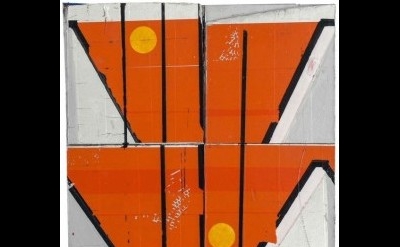