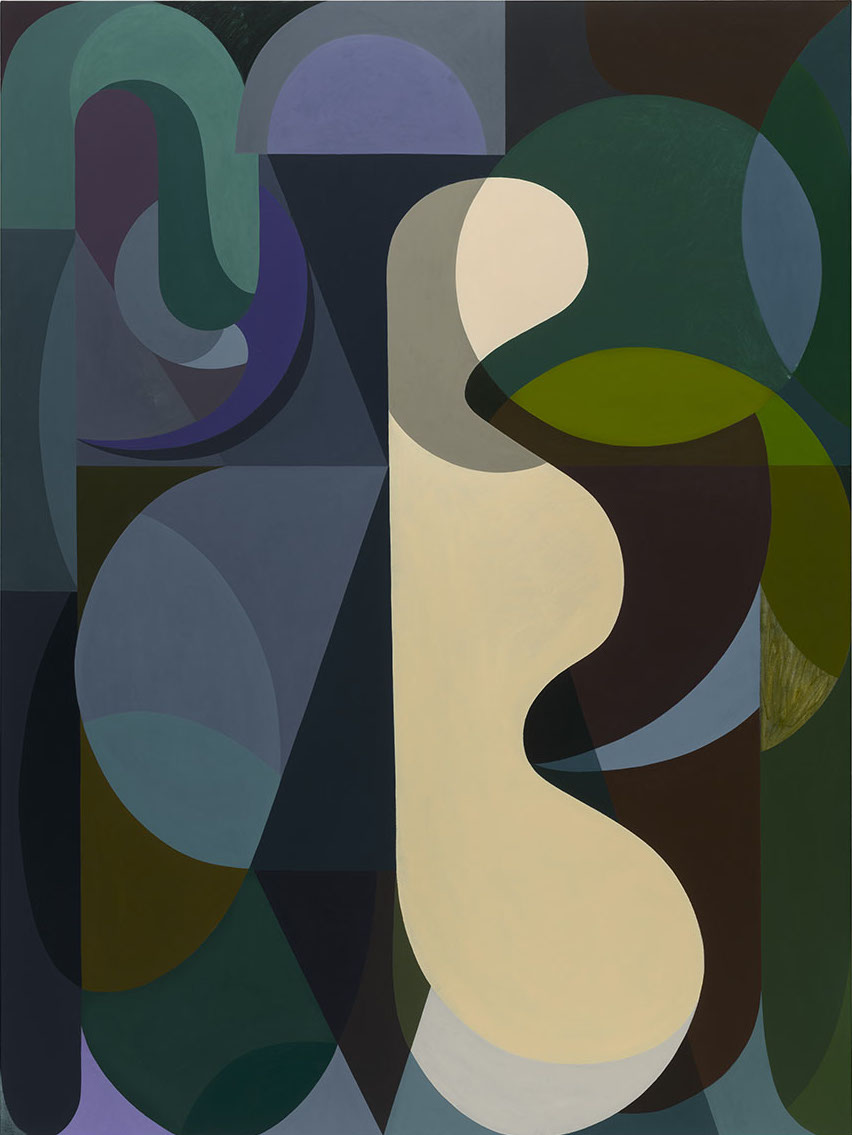 Sebastian Black, My friend worked as a public defender in Nashville... 2015, oil on linen, 84 x 63 inches (courtesy of CLEARING)

Bacon writes that "[Black] made this series by working from projected JPEG reproductions of paintings that he first produced at a small scale the summer prior. The color is inevitably off in these cast images, and the size has become non-specific, because it is no longer tied to the act of painting that originally produced the images within the boundaries of a canvas of certain dimensions. The same is true of the yoking of short stories with various paintings as a means of titling them in a form of disjointed ekphrasis, since the narratives are unrelated to the works. By negotiating these factors, Black unwittingly introduces a perverse system that has enabled him to push this body of work forward by way of new coloristic and formal relationships that did not exist in the original works—specifically a morphing and pulsing of forms within a tightly controlled two-dimensional plane, like amoebas oozing and flowing across a petri dish."