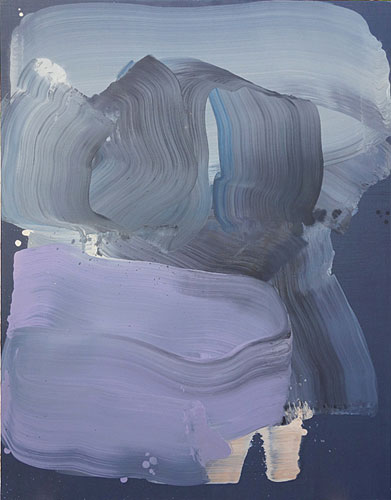 Baker writes: "A century ago painters started to abandon the long tradition of picturing enterable spaces in which to stage narratives of events or observation. Yet the question where painting gets its content still haunts abstract work such as that of Erin Lawlor and Jenny Bloomfield... [Finnis'] odd artifacts draw meaning from echoes of Op art's dizzying patterns, from their use of arbitrary ready-made surfaces and from references - at which their titles hint - to obsolete or enduring computer technology." 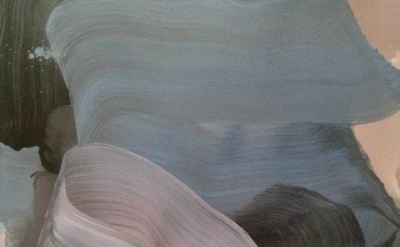