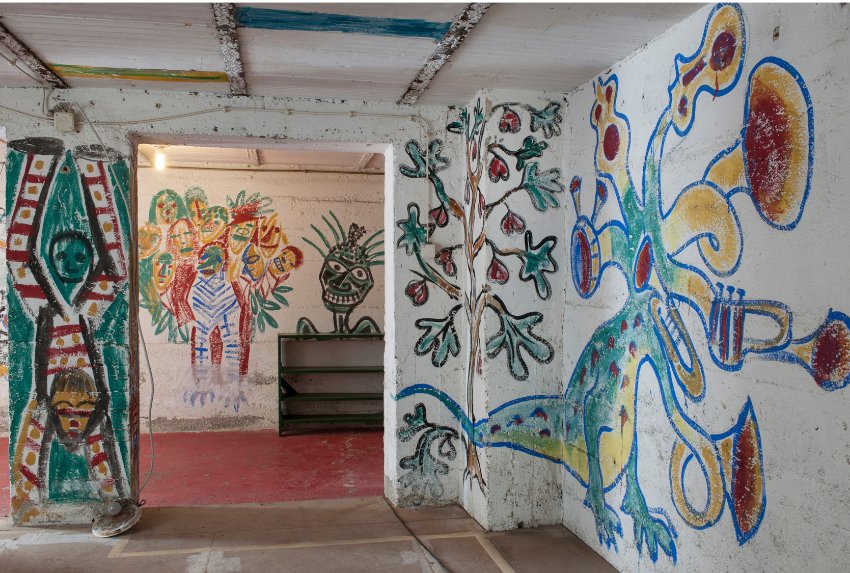 A report on an interesting group of six recently discovered murals by Otto Dix.

The article notes that "Dix most likely made the artwork for a Karneval, or Mardi Gras, celebration on Feb. 19, 1966. In total there are six major pieces and painted door frames. The drawings include a monster, whose appendages each play a different instrument in a jazz band; figures from the region's traditional carnival festival; and scenes from the 1958 movie 'The Horse's Mouth,' in which Alec Guinness plays a painter. Previously, only small painting in the entry to the cellar that had apparently been done at the same time were known."