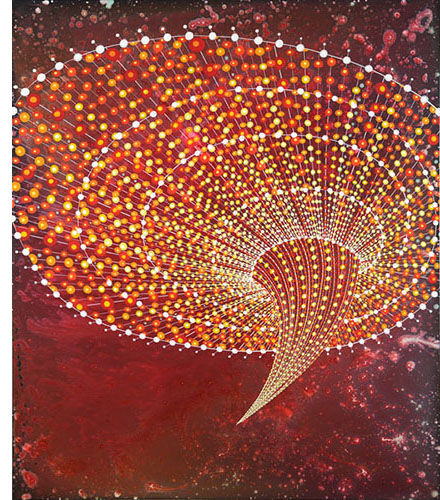 Roth writes: "Takenaga continues to explore the concept of infinity with an expanded vocabulary. It now includes gaseous clouds, swirling nebulae, dotted globes and vortex-like forms set atop thinly painted grounds. Where the mandala paintings were, for the most part, resolutely anti-illusionist, her latest works run in the opposite direction. They depict imaginary notions of deep space, leaning as much on P&D and Pop Surrealist notions of what’s out there as on NASA... While the candy colors Takenaga uses to create atmospherics sometimes feel a bit much, that same quality also situates the work squarely and powerfully into the realm of the New Sublime, a designation that seeks to update the old notion of shock and awe before nature. Though the word sublime was originally applied to 19th century romantic landscape painting, there’s no reason why it shouldn't serve as a conceptual framework for art that depicts the cosmos, however phantasmagorical." 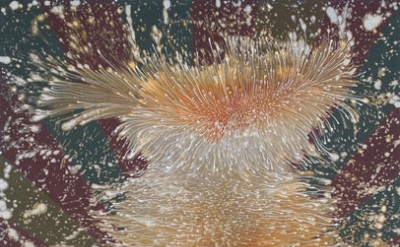