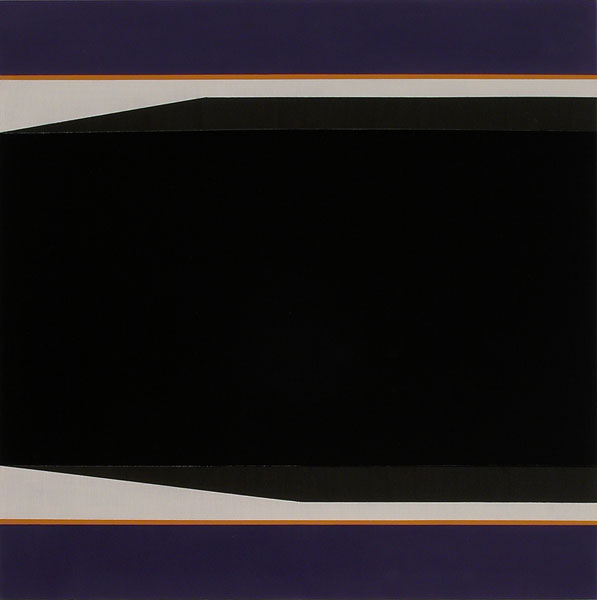 Roth writes: "Each of these modestly scaled paintings, which range in size from 12” x 12” to 35” x 55”, is bounded on two sides by bright-colored stripes, most of which run horizontally... But rather than constrict perception, they open the paintings up, enlarging the amount of space they command by imparting the feeling that the central forms – as well as the stripes themselves – extend far beyond the edges. Included among these forms are obtuse black monoliths, like those seen in Richard Serra’s oil stick drawings; deformed crosses; and 'rivers' whose irregular contours look as if they were cut with a razor and a straight edge. The muscular energy they give off comes from the confusion of positive and negative space, where white and black shapes intersect."