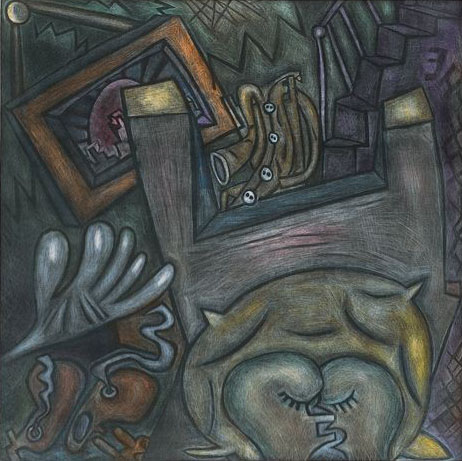 David M. Roth reviews the exhibition Her Story: Prints by Elizabeth Murray, 1986-2006 at the Cantor Arts Center, Stanford University, on view through March 30, 2014.

Roth writes: "Entering the fray in the years between Pop’s decline and Neo Expressionism’s ascent in early ‘80s, Murray distinguished herself by helping to revitalize painting, then under attack from all sides... Into her paintings Murray emptied the detritus of her life and her unconscious, merging the two in works that mixed representation and abstraction. She took everyday objects – shoes, chairs, tables, coffee cups — and transformed them into a messy, autobiographical, decidedly female vision, absorbing what she needed from early and mid-20th century Modernism, engaging in the necessary debates about flatness, surface, color and support structure, and arriving at a synthesis that was as adamant about asserting materiality as Minimalism was about denying it."

Elizabeth Murray: In the Studio 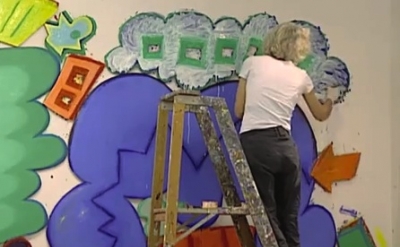