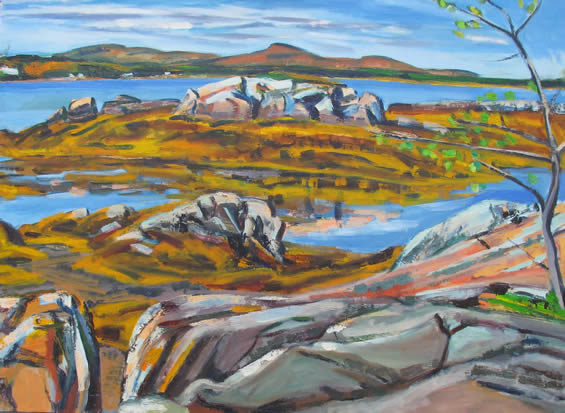 Daubert begins: "The paintings from the mid-80s follow [Pardee's] travels around the United States, from Maine to New Mexico, where the landscape itself expands and the sky opens. They also show a shift in his brushwork and composition. Always a vigorous painter, Pardee employed an even stronger gesture and richer palette to interpret the interaction between the land and the sky in these new locations. No longer interconnected, these two elements coexist instead, each defined by separate strong directional brushwork that almost acts like the wind blowing through the territory. With the earth and sky in their relative locations, terrestrial and celestial, Pardee was free to explore the dynamics of color and texture, with individual forms: trees, mountains, clouds, each aggressively rendered and defined in straightforward passages, color against color, light against dark." 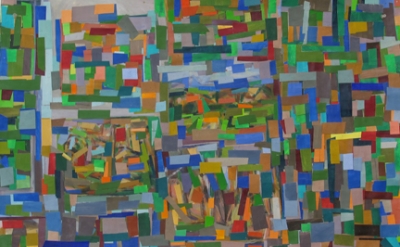