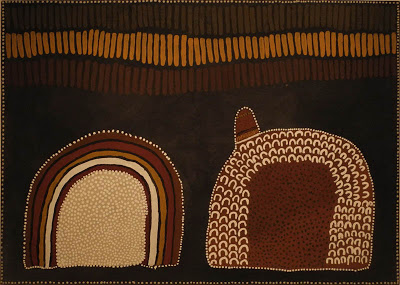 Altoon Sultan blogs about the sacred nature of Australian Aboriginal paintings on view in the exhibition Crossing Cultures: the Owen and Wagner Collection of Contemporary Aboriginal Australian Art at the Hood Museum of Art, on view through March 10, 2013.

Sultan writes: "The story of the beginnings of these paintings is very interesting: for thousands of years, Australian aboriginal painting was done on rocks, on sand, on bodies. It wasn't until 1971-2, when art teacher Geoffey Bardon encouraged the men at Papunya in central Australia to put their ephemeral sand paintings onto canvas, that a new world of painting began. At first the work was quite controversial; sacred designs meant to be solely for ritual and only seen by initiates were being shown. Soon the artists confined themselves to depicting symbols that were not secret and could be seen by the public, but they still used traditional dot patterning, and the paintings continued to be immersed in the sacred landscape." 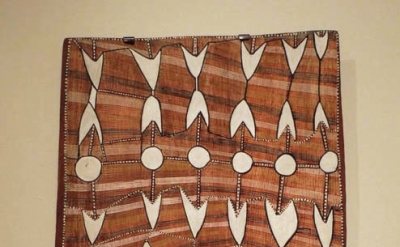 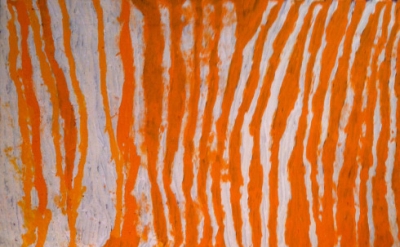 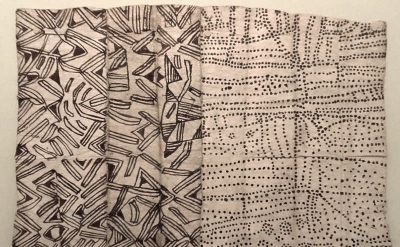