Parkinson comments: "The grid is nearly always my starting point because that seems the most rational way of dividing the surface to create a pattern that relates to the dimensions of the support. I think in terms of pattern and surface as opposed to ‘picture’. If I wasn’t using a grid I would likely make only colour monochromes, always an alluring alternative for me. At present I either take canvases that were once finished and paint over them, Or, I deliberately create a new pattern which I then paint over. In both cases I attempt to obliterate what’s underneath, whilst knowing that residual elements will show through, becoming incorporated into the completed piece. What gets painted is determined by a system or pattern, whereas what gets incorporated is largely determined by chance. Most of my decision making takes place between paintings rather than as the painting is progressing. I deliberately resist improvisation, which I equate with the illusion of freedom. I always work in series and each new painting is a variation on the theme of that series. What interests me is the ‘free play’ that can be introduced into a pre-determined system."

The Discipline of Painting 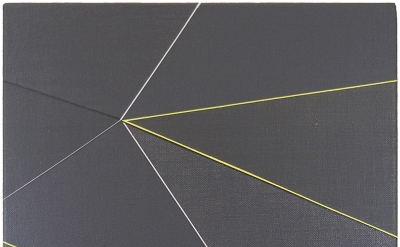 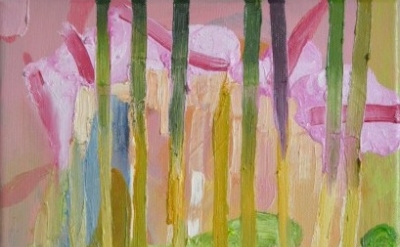