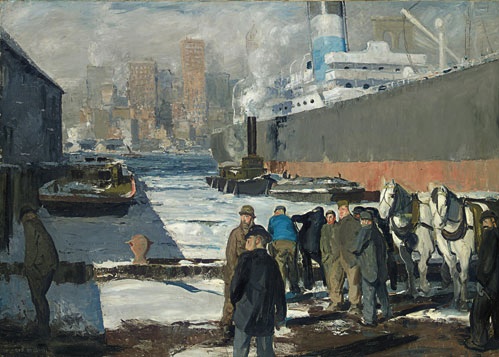 Ben Wiedel-Kaufmann reviews the exhibition George Bellows at the Royal Academy of Art, London, on view through June 2013.

Wiedel-Kaufmann writes: "where Hogarth, Goya or Dickens proved at least as critical of the hypocrisy of the higher classes as the depravity of the lower, as we move around the exhibition we realise that Bellows’ brush was not just adept at the fleshy distortions and brutalising carnality but equally capable of genteel delicacy. Be they roamers in central park or the members of his family - the middle class scenes are invariably portrayed with a soft focus and refined elegance that is altogether absent in the downtown scenes (Men of the Docks, 1912 providing a possible exception). All this gives weight to Marianne Doezema’s judgement that it was Bellows’ ability to "combine a 'revolutionary' style with an ingratiating message" that enabled him "to chart a delicate course between resistance and accommodation”, and rather undermines the attempts to claim him as a social realist." 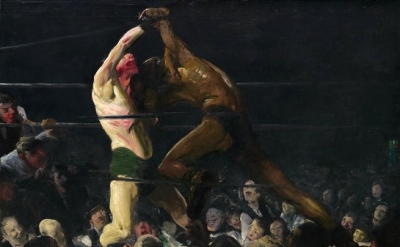 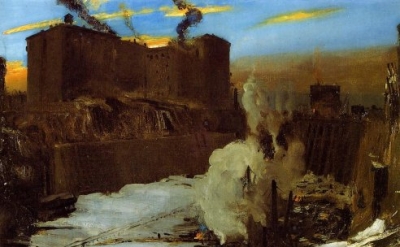 George Bellows at the National Gallery 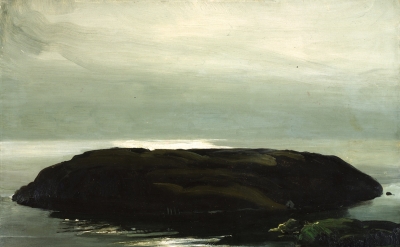