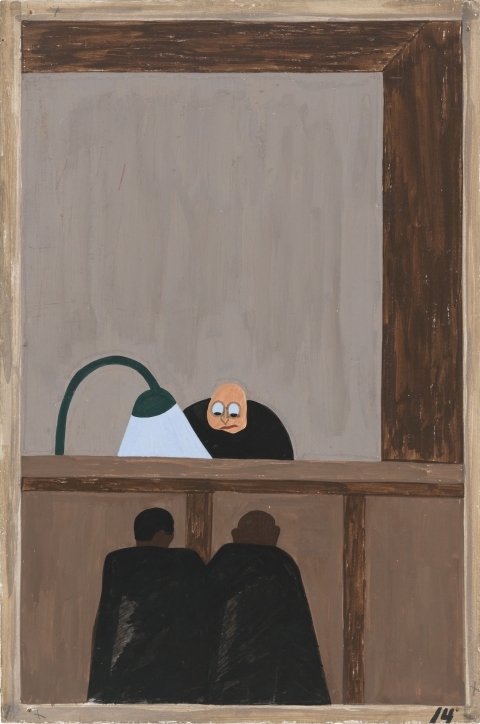 Blood writes: "Lawrence conceived the Migration Series as a single work composed of 60 parts ... He began by writing the captions, which were then edited by his wife Gwendolyn Knight, and then proceed to prepare all the panels with gesso and laid in the composition. As a young artist working on a limited budget, he chose inexpensive materials: pencil, ink, tempera and hardboard. Thanks to an artist’s grant, he was able to rent a studio large enough to let him view and work on all 60 paintings simultaneously. To ensure the formal cohesion of the project, Lawrence began with the darkest colours and applied them to each canvas before progressing to the next pigment. Working in this way allowed him to maintain the visual and spiritual unity of the project, and the clear repetition of colour across the panels creates a sense of movement and rhythm." 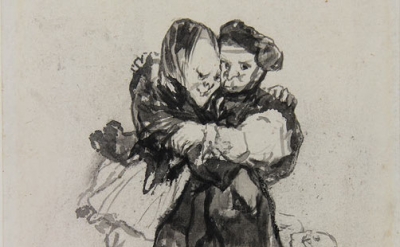