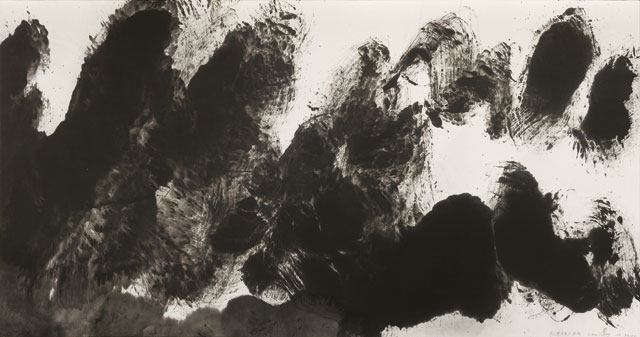 In her introduction, Wei writes: "Li’s point of view seems similar in orientation to that of Agnes Martin, say, although he believes art should be pure, and eastern and western cultures, evolving separately, are utterly different. Line, nonetheless, is of vital importance to both artists and "everything," says Li, should be "invested into it". His transition into abstraction was gradual, completed by around 1997, his works now consisting of fine intersecting lines brushed by hand in an utterly controlled, repetitive gesture that derives from meditation. The resulting grids were inspired by architecture and patterns in nature, pared down to fundamentals and his calligraphy has also been drastically simplified."