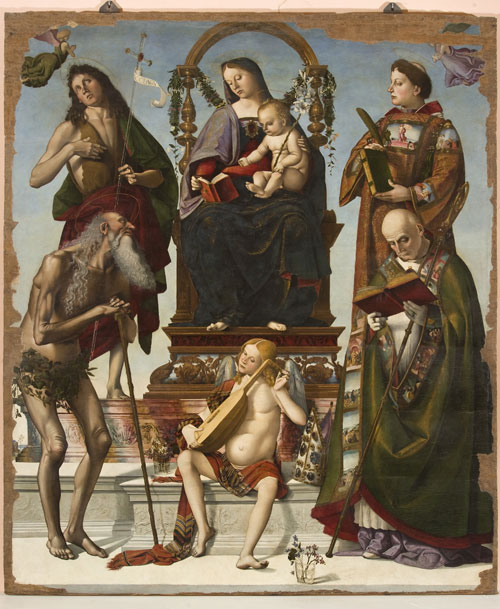 Beckers notes that the show allows for a comparison between Piero della Francesca and Signorelli. She writes: "The influence Piero della Francesca had on the young Signorelli is unmistakable in [the Madonna and Child]. The soft tones of the background in which the narrative is set, the pale fleshy tone of the Madonna, her downcast eyes and thin lips that hide a hint of emotion are similar in both works. The rich garments in which both virgins are covered, especially the detail on the tightening of the sleeves, make a comparison worthwhile. In some areas such as the delicately painted veil on the Virgins head, Signorelli seems to overtake della Francesca, whereas the latter excels in his depiction of Flemish inspired interior elements such as the door behind the angel who meets the spectators gaze or the randomly placed wooden box on the shelves behind the angel dressed in pink." 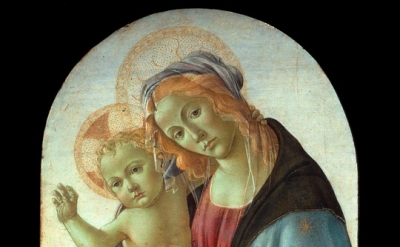