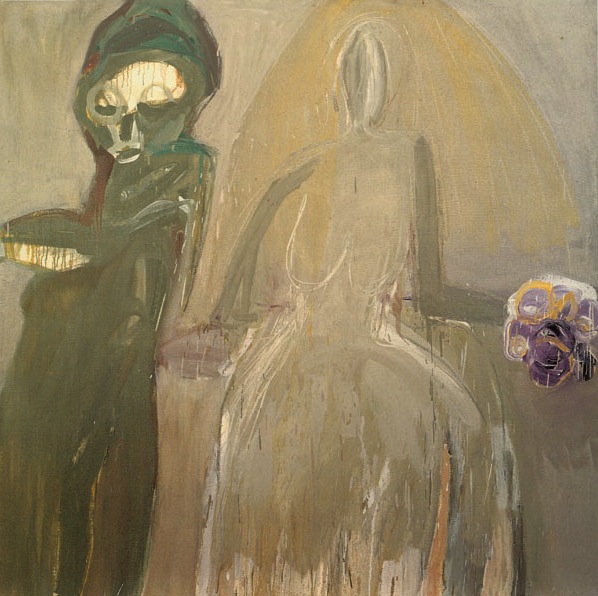 Robin Cembalest questions why the current exhibition Eva Hesse Spectres 1960 at the Brooklyn Museum "neglects the Jewish history that framed and influenced her art."

Cembalest notes that the paintings themselves are "like de Koonings and Giacomettis with their flesh dripping, and their eyes gouged out. With anxious, messy strokes, Hesse conjured ghastly girlish faces with piercing yellow eyes, creepy humanoid forms resembling skeletons, zombies, and aliens, bloated female figures colliding, and a spectral bride who is haunting or haunted by a phantom. The artist, trained in color theory by Josef Albers, deployed a grayish palette..." 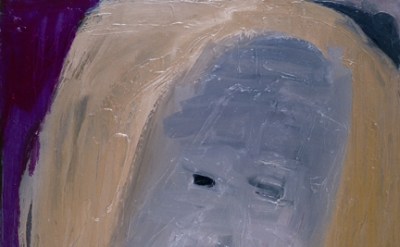