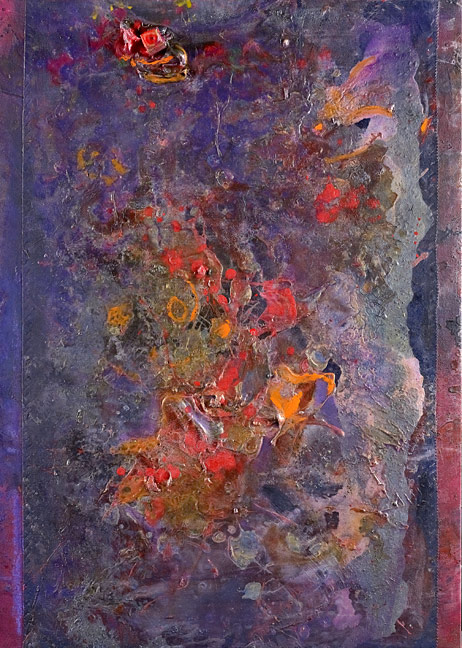 Painter Frank Bowling discusses his work in a new video filmed in his studio.

Bowling remarks: "In my youth I tended to look at the tragic side of human behavior an try and reflect that in my work, but gradually, as I became more involved in the making of paintings, I realized that one of the main ingredients in making paintings was color - and geometry - and I found this was the place I felt the most comfortable, and I've been going along this track ever since." He continues, describing his painting process in detail, noting: "It all happens very much in an extemporary way. I don't have any pre-plan idea about how I'm going to make a painting."

Frank Bowling: Recent Paintings is on view at Spanierman Modern, New York through April 28, 2012 and Bowling's Poured Paintings are on view at Tate Britain through March 1, 2013.