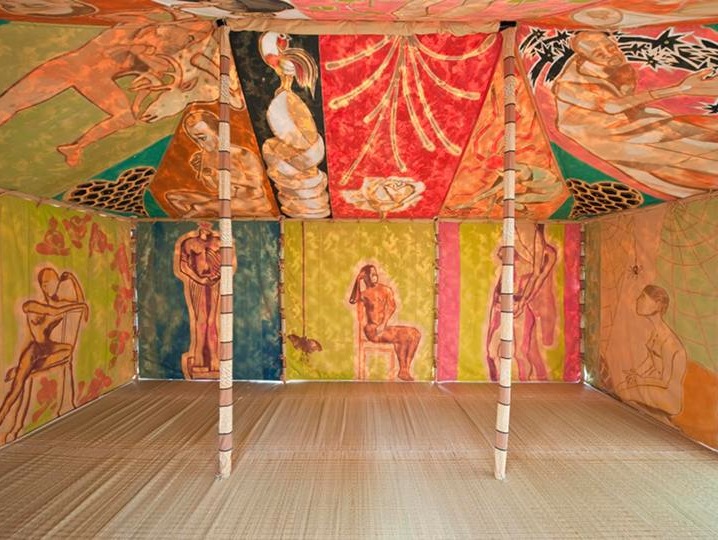 Photo blog of installation views from the exhibition Francesco Clemente: Tents  at Blain|Southern, Berlin, on view though November 9, 2013.

The press release notes that the show features "three large-scale canvas tents, with every aspect of the exteriors, interiors, walls and roofs painted in intricate detail... Produced in India, Clemente describes these tents as his ‘cave paintings’ which can be sheltered and slept under, or daydreamed and prayed within; these are movable chapels for contemplation of the sacred in a modern age defined by digital speed. Expanding the traditional relationship between art object and viewer, these paintings function by enveloping and surrounding the viewer to evoke an experience of painting that is both seen and physically felt. Standing With Truth (2013) is titled after a poem by the mystic Indian poet Kabir, who wrote ‘I eat with truth, I sleep with truth, I sit with truth, I stand with truth.’ Various disparate states of human action are depicted, in a realm of imagined endeavours that questions the nature or truth of our human condition. There is interplay among anthropomorphic and zoomorphic forms, a fluid exchange between the human and animal, suggesting a primal and intrinsic instinct." 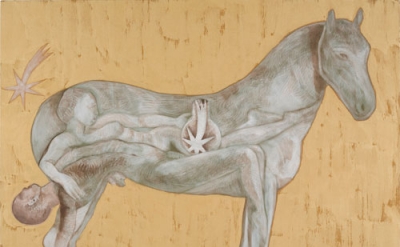 Francesco Clemente: Portraits of the 80s 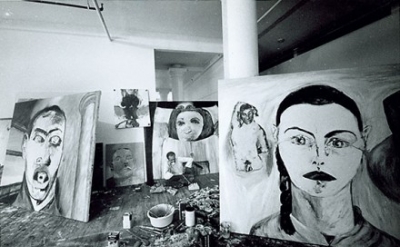 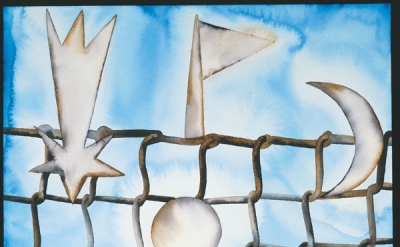