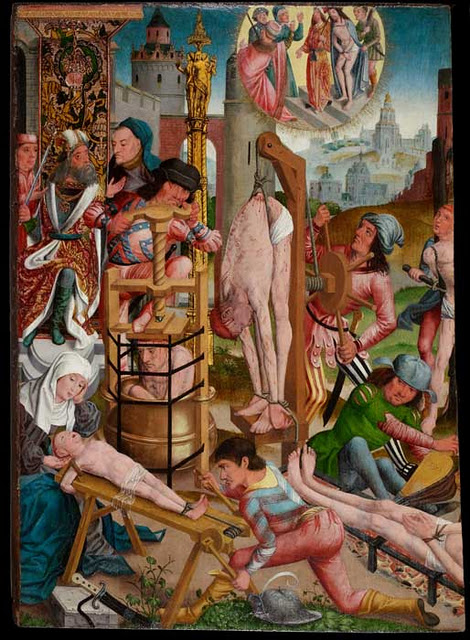 De Jong writes that "the central focus [of the exhibition] is on Central and Northern Europe, particularly Switzerland and the German City-States. For reasons both cultural and practical, German Renaissance artists never moved away from the panel. Instead, their province, as the Italians became the super-sized canvas and the Moghuls the miniature piece of paper, became the hard backed support of the panel painting... The panel paintings on display, rarely seen anywhere let alone in a New York gallery, offer a chance to peep inside an art historical crevice to witness a moment before everything changed."