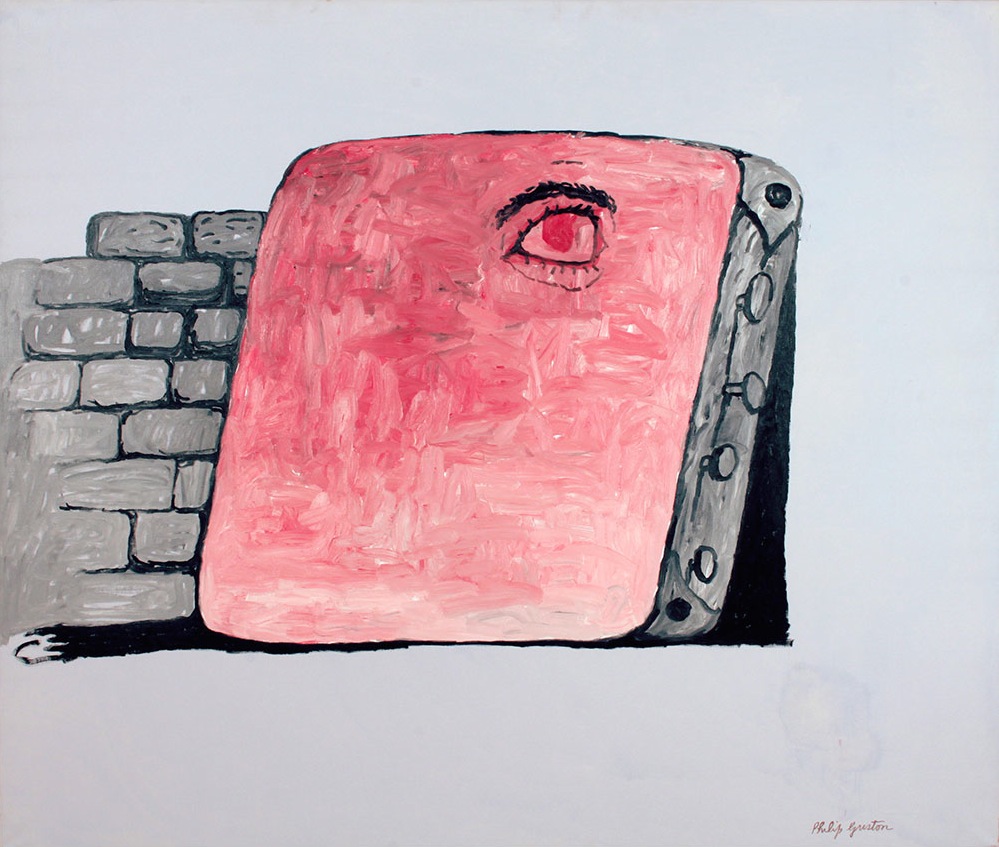 De Jong writes: "Guston's painting stands slightly apart from time, his own and our own. Yet within Guston's art is a continuity of formal and conceptual concerns that in retrospect makes Guston's entire career more seamless than has been stressed. The early Klan paintings from the thirties thru the dreamy figurative compositions of the forties and the abstractions of the fifties and sixties and finishing with the compositions of sleeping figures and brick walls and piles of shoes represents a continuity of pictorial vision and form and feeling that does not herald what was to come but instead quantifies for all concerned what painting had ever been capable of expressing."