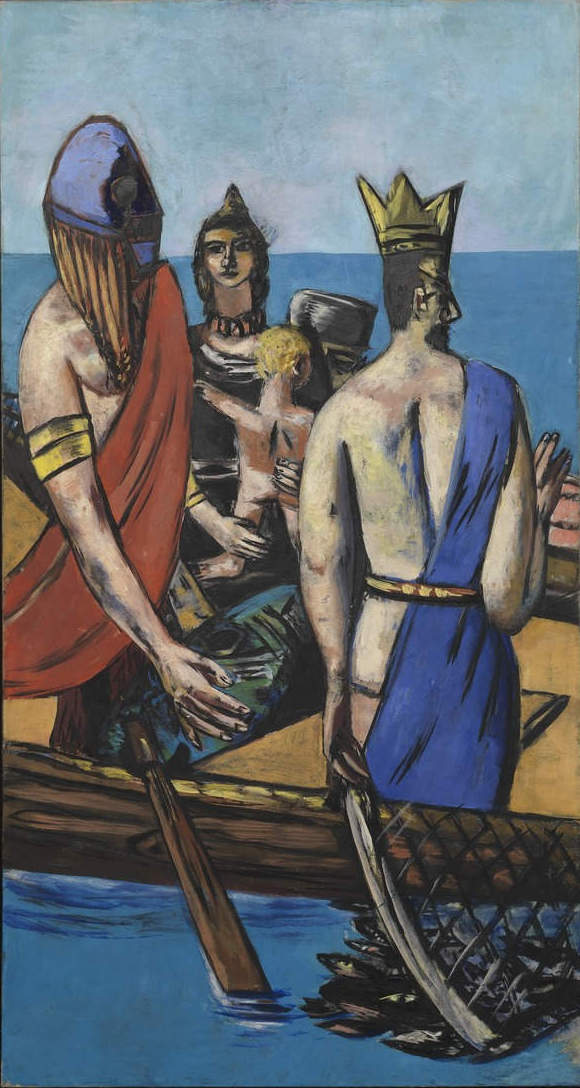 Mario Naves reviews Max Beckmann in New York at the Metropolitan Museum of Art, New York, on view through February 20, 2017.

Naves observes: "Among the most striking aspects of Beckmann’s vision is that, notwithstanding his meditations on human folly and vice, it never descends into nihilism or despair. The paintings bristle and bump with appetite—for life’s absurdities, absolutely, but primarily for life itself. It’s worth mentioning that a number of Beckmann pictures concern themselves with everyday epiphanies—the ocean as seen from a hotel terrace; the forest surrounding a university town; an untended corner of the studio; and his beloved Quappi, whose handsome countenance appears repeatedly in the oeuvre. The center panel of Departure has famously—and rightfully—been cited as a marker of Beckmann’s holistic worldview. Blue skies and family, the painting would seem to suggest, sustain us in the midst of history’s cruelest turns. It’s no surprise that Beckmann disliked being lumped in with the Expressionists: self-pity and narcissism were antithetical to the 'fullness, roundness, and the vitally pulsing' to which he aspired. The stern and heady embrace of 'essential things”' is palpable throughout 'Max Beckmann in New York,' and is but one reason we should look to this demanding artist as a guidepost in our troubled times." 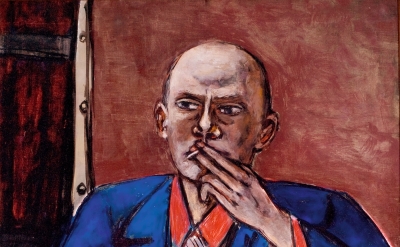