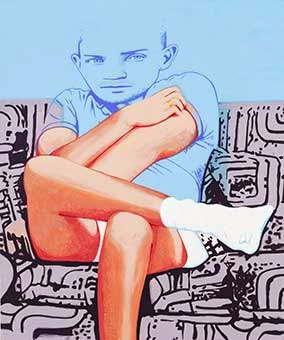 Sharon Butler blogs about the exhibition David Humphrey: Work and Play at Fredericks & Freiser, New York, on view through November 8, 2014.

Butler writes that Humphrey's "extraordinary installation ... tells stories about our engagement with the world. It is a tour de force of eclecticism, expansiveness, and integration, unifying ostensibly disparate images through the shared phenomenon of depicted observation... In each painting, a figure--sometimes a person, sometimes an animal--is looking. Humphrey urges us to consider the psychological act of looking from several viewpoints. By adding another level of observation, we complete the picture. Viewers look at his figures looking at each other, at things outside the frame, or, in some cases, back at them. Thus he seems to be taking a stand against the narcissism of the selfie: being in the world is never only about you or me." 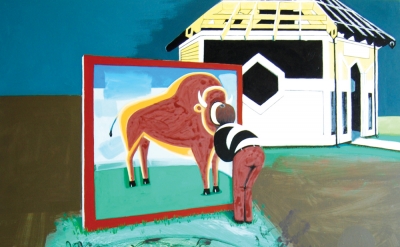 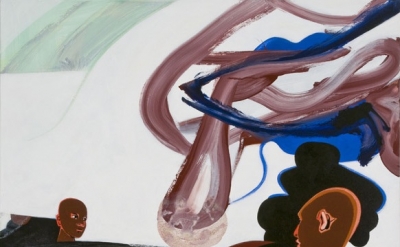