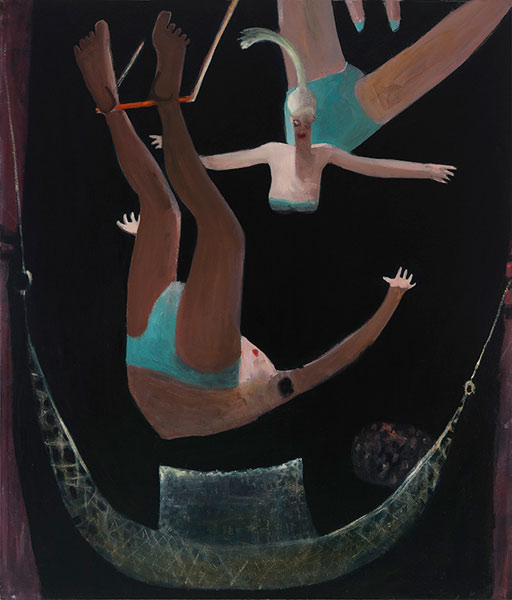 Staver notes: "I don't think it's an accident that these Mythical subjects are often taken up by artists in mid to late career. My recent paintings' latent anxiety, emotional/tonal heaviness, and darkness are not just reflections of my home in Northern Minnesota's climate: I have grown increasingly interested in speaking with the big boys of western art, stepping into their homes, working with their darker palettes and their darker subjects, classical mythology, especially. I don’t feel at odds with artists like Titian and Rembrandt—I’m not arguing with them as a contemporary female painter, although my own take on these mythic women is often quite different. I don’t subjectify my women; rather, they allow me to reinvestigate a myth from my point of view: rather than rape, there’s pleasurable co-joining, as in Danae and the Parakeet; rather than the terrified victim, there’s resistant outrage, as in Europa and the Flying Fish." 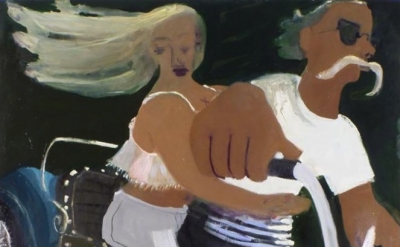