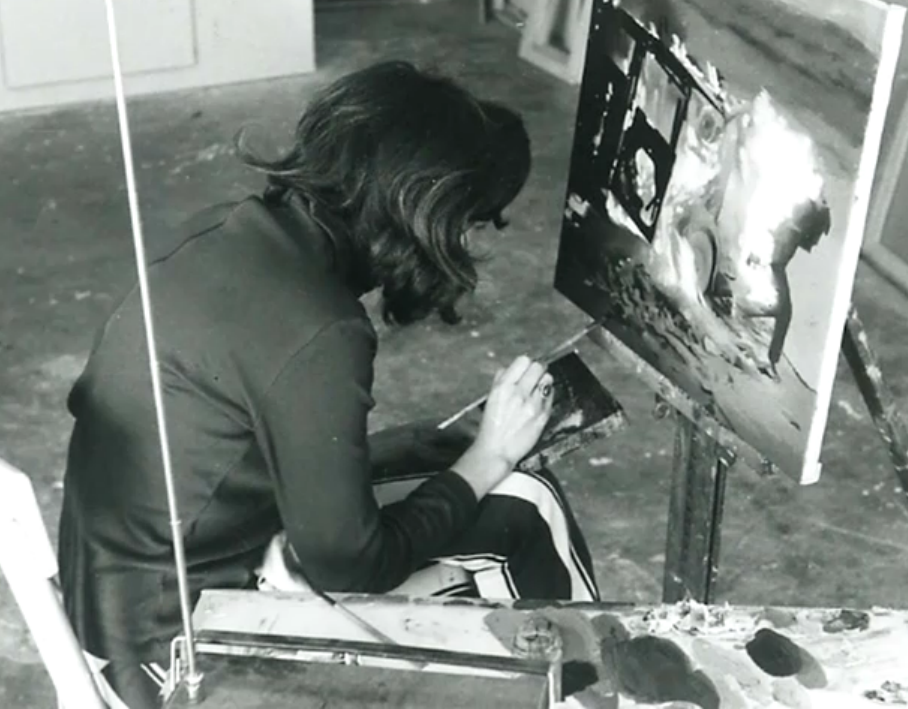 Vija Celmins in the studio

[VIDEO] Painter Vija Celmins discusses her paintings from 1964 -1966 which are the subject of the exhibition Vija Celmins: Television and Disaster on view through June 5, 2011 at the Los Angeles County Museum of Art.

Celmins' paintings of the period are "characterized by violent themes such as crashing warplanes, smoking handguns, and other images of death and disaster influenced by the violence of the era and the mass media that represented it."

Celmins on the use of a mostly gray palette to render violent imagery:

"The paintings themselves are kind of restrained... and sometimes kind of tenderly painted... because I thought that restraint was kind of an inherent part of painting and I should try to come to terms with it... and this was my first attempt to do that."

Celmins on why her work changed after 1966:

Vija Celmins: Television and Other Disasters