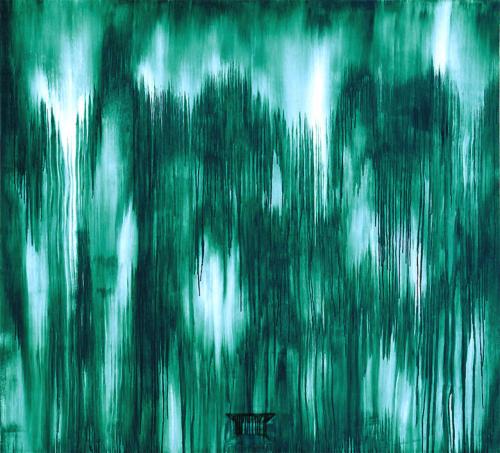 Saltz writes: "Dryer used stripes, drips, dots, and squiggles, tropes and motifs that even then were a half-century old. (And are the configurations painters today are still using.) Yet her shaped, strange paintings, sometimes with wavy edges, indentations, bumps, drilled holes, and panels propped against walls or set on logs, have an energy that doesn't just piggyback on older abstraction. Her casein-on-plywood brushwork has a dry, friction-filled fluidity to it. Skewed and skittering marks are set just so, auroras of iridescent color pulsate or go rogue, surfaces feel invented but also recovered from patterns already there. All this gives Dryer's work visual juice — something that makes it feel flaunting, present, and not false." 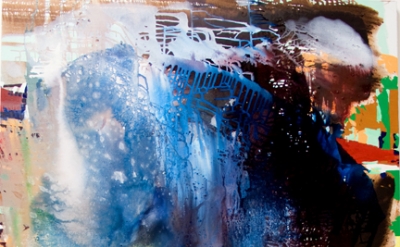 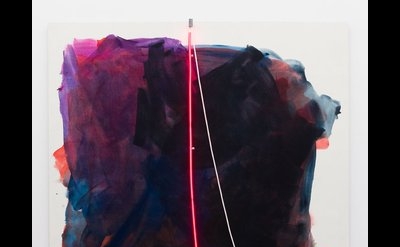