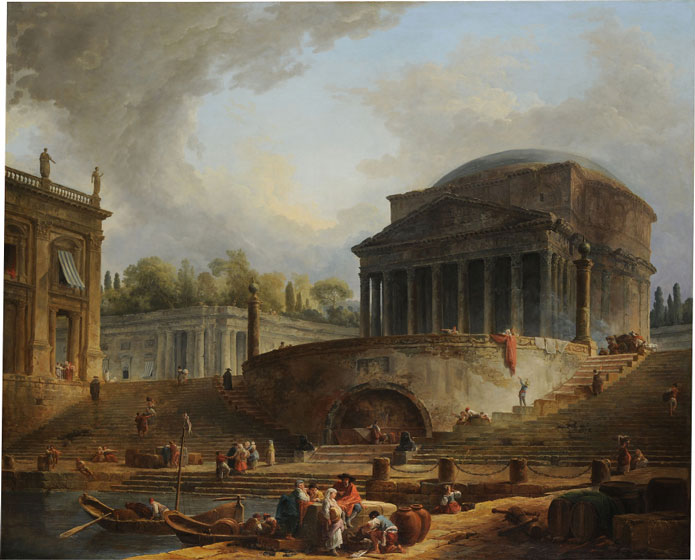 Scherer writes: "The beguiling power of Robert’s imagery springs from the ingenuity of his pictorial method. Composed with low, dramatic viewpoints through soaring arches or angled colonnades or from below rises in the landscape, and invigorated by exaggerated perspective and multiple vanishing points, Robert’s paintings offer polychrome counterparts to the majestic architectural etchings of his celebrated Italian contemporary, Giovanni Piranesi, who exerted considerable influence on the younger artist." 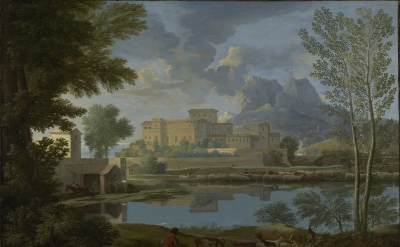 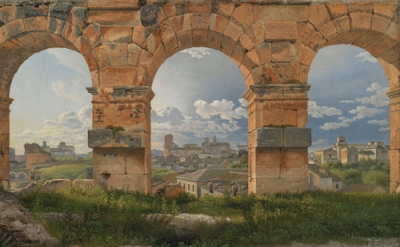