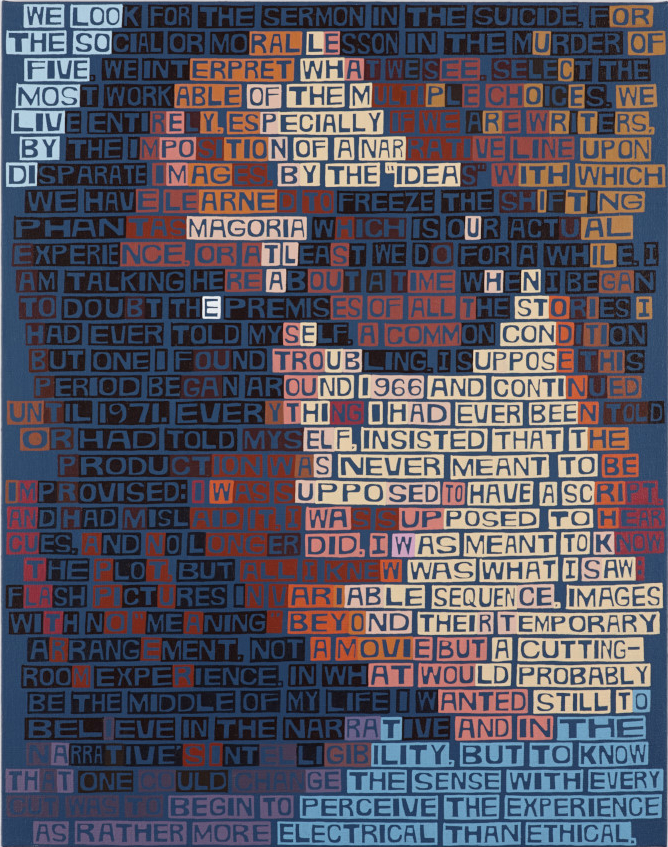 Den Breejen comments: "I see the paintings as having three equal, interconnected parts: the words, the image, and the color. The color operates as its own language, but it's usually based on some pre-existing lighting situation, and it occurs on the words as it creates them, as they both create the image. It's hard for me to pin down what the most engaging part of the work is for me, but as I'm making them in the moment, I'm most concerned with color. Mixing the colors and playing them off one another feels very musical to me. Instead of using lots of chords, per se, as I did in the past, I'm now using fewer chords, but they're bigger, more complex chords. Listening to Wagner had a lot to do with that. I’m thinking of the color as a key, as it relates to the image, as it relates to the subject. It's very interconnected." 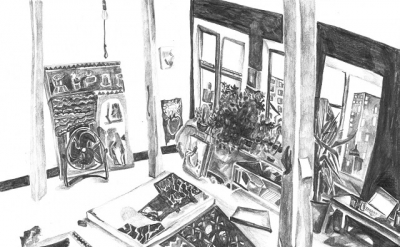