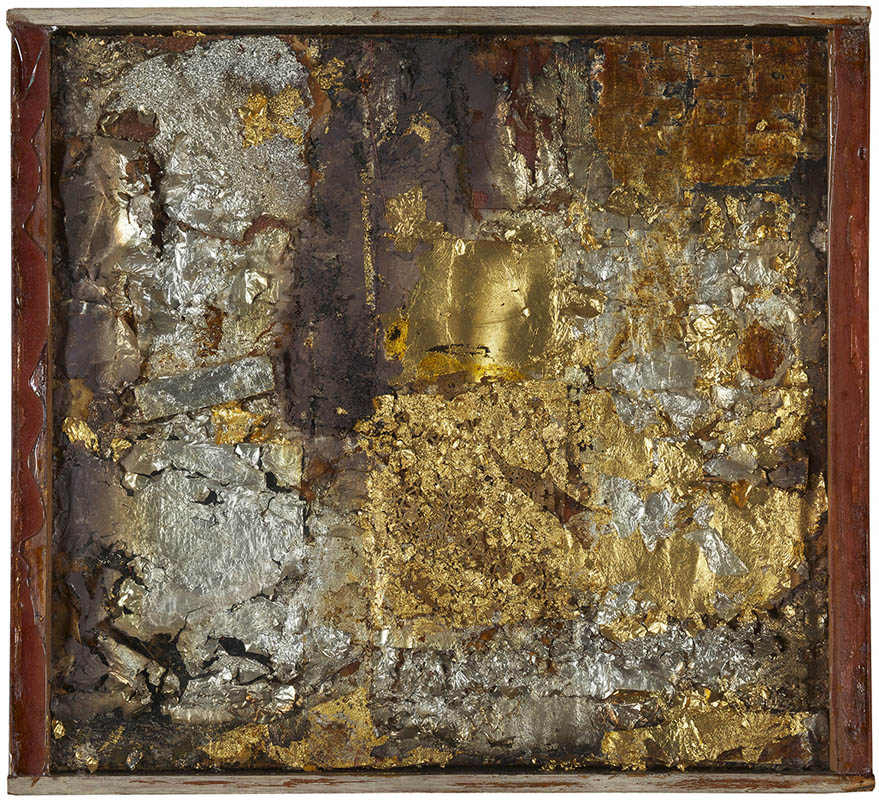 Bloch writes: "The 15 paintings, collages and objects borrowed from private collections for this exhibit, including four from Jasper Johns, show us just enough of that critical moment of Rauschenberg’s life to manifest a first hand experience of what it must have felt like to be bursting at the seams in the right place at the right time when, in his late 20s, he moved rapidly from one breathtaking innovation to another, setting the stage for his reputation to ripple out from this dusty downtown studio as a risk-taking challenger to the status quo. He was riding the waves that were churning in his own restless soul and the rough-hewn creative bounty here has a palpable excitement emanating from within the stillness of the industrial paint, paper scraps and found objects now living between the walls of this gallery, five and a half miles from where the work was originally created."

Rauschenberg: A Whole World of Materials