Submitted by Brett Baker on December 17, 2012.
Click photos to enlarge:

The film (below) by French director Christophe Loizillon documents painter Eugène Leroy at his home and studio. The film, shot in the same chiaroscuro lighting characteristic of Leroy's paintings, begins with Leroy leafing through his favorite books and speaking animatedly (in French) about Cézanne. The camera lingers on each scene: at 5:00 the camera slowly traverses Leroy's studio crowded with canvases in progress; at 7:00 Leroy draws a sef portrait in the bathroom mirror; at 8:20 he leafs through a portfolio of drawings.

In a 1992 essay, Henning Wiedemann wrote of the connection between Leroy's drawings and paintings noting that:

"[the drawings] are much more definitely objective, based more directly on the model, than the paintings in oil would appear to be. Yet here, too, the contours dissolve and merge with the background of the sheet. This feature is shared in common by the drawings and paintings, both of which evince an initial structure that is subsequently destroyed, or an initial gesture that is painted over to the point of obliteration, rescinding the first, spontaneous idea. In the process, Leroy escapes from the confines of the representational view; he lets his subjects and surroundings react upon on another over and over again until a reduction results which comes close to pure painting." 1

In the second half of Loizollon's film, Leroy paints in the company of several models. These scenes document Leroy's studio routine as described by Gwenaël Kerlidou in a 2011 article for the Brooklyn Rail:

"Much has been made of Leroy’s peculiar studio routine, especially toward the end of his life. Surrounded by his drying canvases, he would ask a young nude female model to remain with him in the studio, not necessarily to paint her in a particular pose as Matisse or Bonnard might have done (he was wary of the anecdotal side of a pose and tried to avoid it as much as he could), but for a sheer physical presence next to him while he was painting, and for its influence on his perception of his subject. I suspect that the model in his studio may have played a kind of talismanic role to ensure that his intuitions about the painterly transfer of the figure’s presence to the canvas were kept in line by the presence of the 'real thing.'...Although it may strike us as politically incorrect today, it is useful to recall that, even as vestigial remains from past academic practices, the presence of nude models and their active participation in studio life was a fairly banal occurrence in Leroy’s time." 2

Please note that short portions of this film are NSFW. 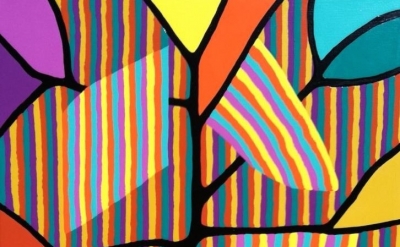 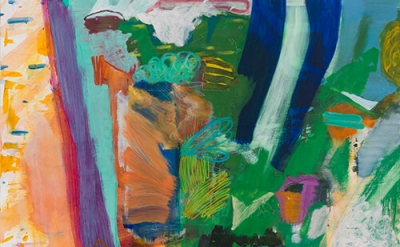