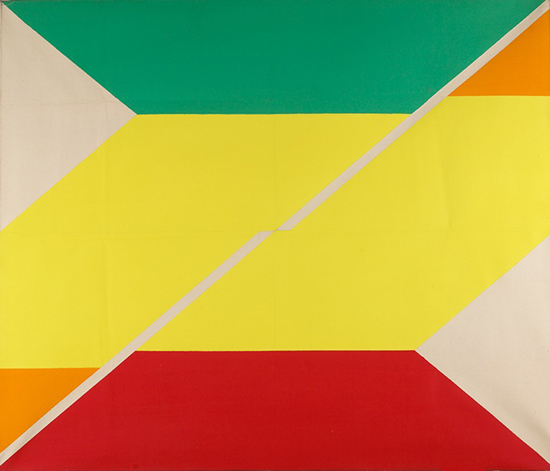 Alexander Zox remembers his father, painter Larry Zox, and growing up around painters in East Hampton. An exhibition of works by Larry Zox was recently on view at Berry Campbell Gallery, New York.

Zox writes: "Painters existed in a kind of bubble here. But they could also find a sudden end, which I didn't have any notion of how to contemplate. I guess when you are a kid at some point you realize sometimes things could get crazy. When it came down to it, no matter that Larry Zox had a working lobster boat plying the waters of the East End of Long Island named after his wife, the “Jean Marilyn,” and one night he almost died fishing in a storm: every waking moment, in his hands tending to something of visceral appeal, in his examination of mixing paint, or his extolling the beauty of the natural patterns on a striped bass, he lived a man obsessed with what he found beautiful, powerful on the edge of life and death. It was all the source of a sort of instant charismatic flow, which he employed when concerned with his own reckoning, relating every aspect of what he loved and what he disliked."