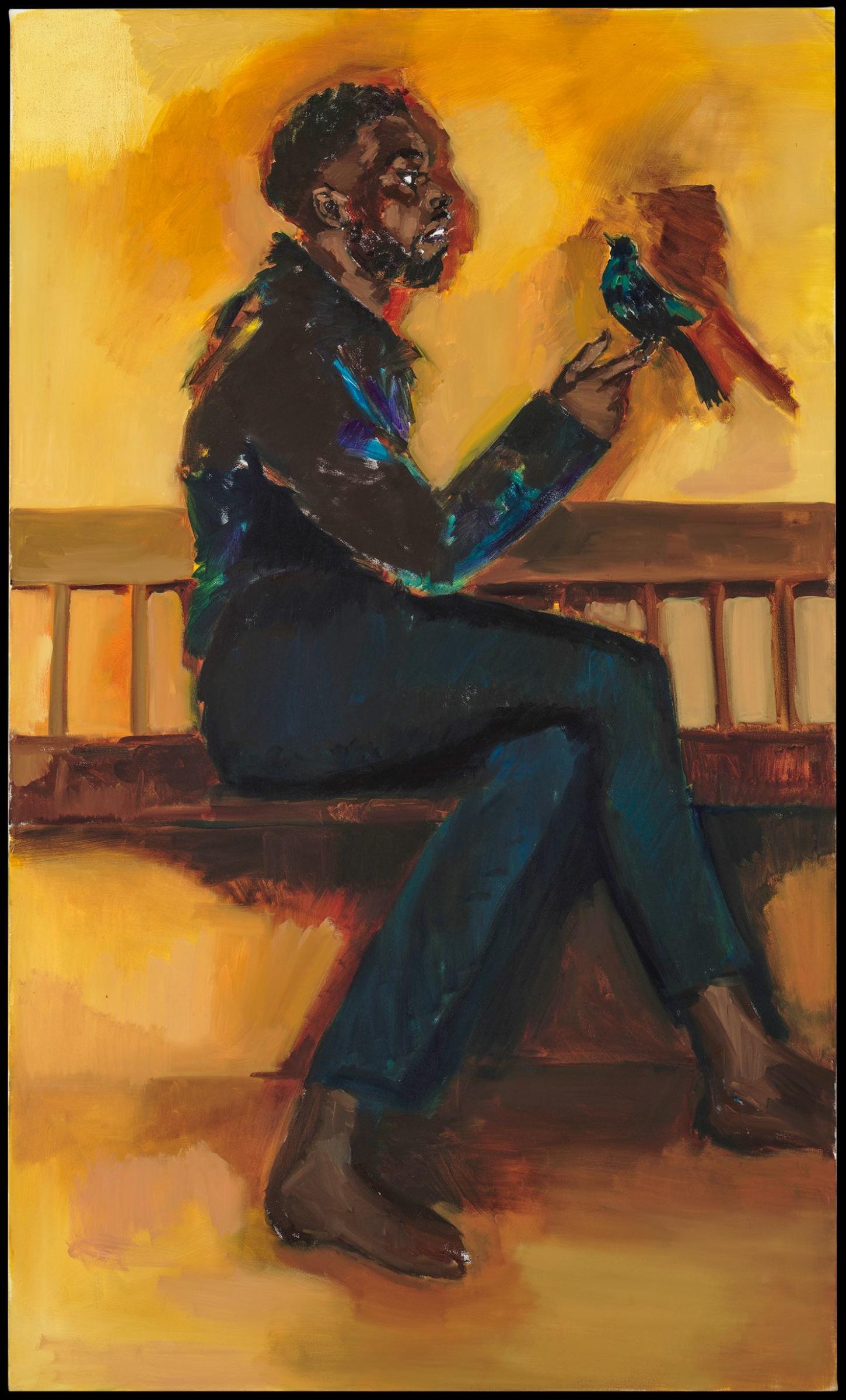 Lynette Yiadom-Boakye, Of All The Seasons, 2017 (courtesy of the artist, Corvi-Mora, London, and Jack Shainman Gallery, New York)

Zadie Smith profiles painter Lynette Yiadom-Boakye, whose exhibition Under-Song For A Cipher is on view at the New Museum, New York through September 3, 2017.

Smith writes: "Yiadom-Boakye’s people push themselves forward, into the imagination—as literary characters do—surely, in part, because these are not really portraits. They have no models, no sitters. They are character studies of people who don’t exist... Subtleties of human personality it might take thousands of words to establish are here articulated by way of a few confident brushstrokes. But the deeper beguilement is how she manages to create the effect of wholly realized figures while simultaneously confounding so many of our assumptions about the figurative. The type of questions prompted by, say, Holbein (What kind of a man was Sir Thomas More?) or Gainsborough (What was the social status of Mr. and Mrs. Andrews?), or when considering a Lucian Freud (What is the relation between painter and model?), are all short-circuited here, replaced by an existential query not much heard in contemporary art: Who is this?" 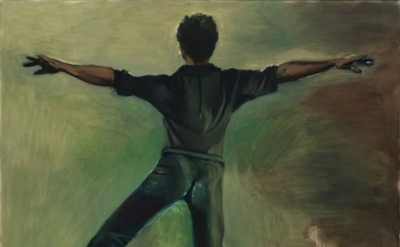 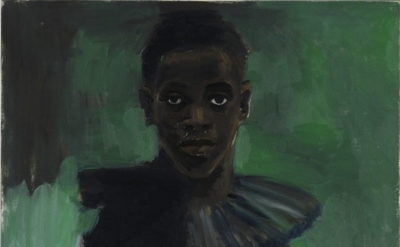