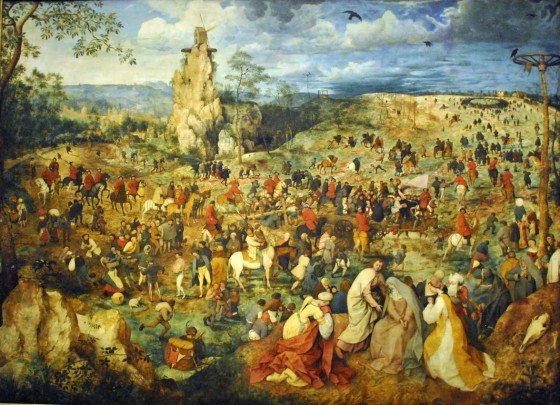 Kiša Lala interviews director Lech Majewski about his new film, The Mill and the Cross, where he seeks to recreate Bruegel's paintings on film.

Majewski notes that Bruegel "is a realist in looking at human conditions. He is a profound observer. I feel a lot of compassion in his paintings, a softening for Flanders and its people. He is compassionate in his depiction, but realistic…it is the inbred condition of human beings, that’s the way it is…to be cynical you have to be on purpose, so to say."

Lala's post also includes a video of the making of the film.

via:
The Cutting Room